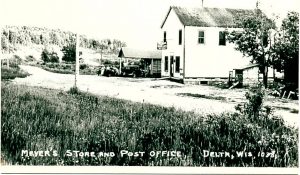 When we decided to bring a diner to the historic site of the Delta Store, we found we had several options. We could build a diner on site ourselves; we could have a company build a diner for us, or we could find someone to restore a classic diner. In the end having someone build or restore a diner made the most sense.

There are quite a few companies building new “old” diners. While some had been around since the heyday of diners (i.e., Paramount), others were relatively new to the game. We seriously looked at both options, but realized that the diners they were producing seemed to lack the character of the old originals. They were a shiny, almost garish version of the classic diner. Based on this we decided to restore an old diner.

With the help of the internet we were able to research the myriad of shapes, sizes and configurations of the original diners of the East Coast. Ronald Saari’s site, dinercity.com was a very valuable resource to us. As a photographer he has cataloged the exterior and interior of many of the existing old classic diners. With the help of this website and many other resources we chose diners from the 1940’s as our target. Of particular interest were Paramount, Silk City and Mountain View.

“Frame-up restoration” is defined by the company we contracted with as a total rebuild of an original diner using the original frame in the construction as a starting point. Because the original frame has a history or lineage, even if only back to the field the frame was recovered from, the diner would have tracible provenance.

Having an diner with this history was very important to us. What strikes you about a diner is the “story” that is inevitably woven into its fabric. While some diners remain on their original site, many were moved from location to location as the Eastern cities sprawled in the 50’s and 60’s. Some were destroyed. The fact that a diner could escape possible demolition and be reborn at a new location gives its story greater depth. The opportunity to extend an authentic diner’s story by building a new chapter in Delta, Wisconsin became a passion for us. In early 2003 we contracted for a “frame-up” restoration of a 1940 Silk City Diner, due for completion in the fall of that year. 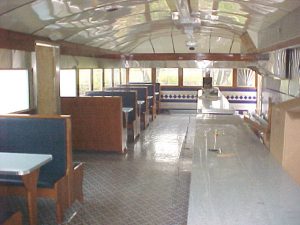 The Delta Diner was about 90% complete in the middle of October of 2003. Living in far Northern Wisconsin we were facing a dilemma. For financial reasons we needed our diner up and running by the middle of November so that we would have a full six months to prepare for the tourist season of 2004. We were nearing the point of getting frozen out with winter approaching fast. The restorer agreed to ship the diner for completion on site so that we could complete excavation and concrete work prior to the ground freezing. In the end we cut it close, but got it done! It was quite a sight seeing the Delta Diner coming down Bayfield County Highway H in one piece on a semi-trailer. With the help of other contractors and the local community we were open for business less than three weeks after the diner’s arrival. We had made it.

We expected that our chapter to the story of the “Delta Diner” would take many years to develop. Many ingredients contribute to the story of a diner. The building, its location and possible past locations, the characters that make up its customer base, the owner or owners, and its eclectic staff all paint the picture of a diner. It can take many years to have an intriguing story unfold. Without knowing it, our diner may have come prepackaged with intrigue.

Where did the Delta Diner come from? Where did it operate prior to being abandoned “in a field somewhere in New York?” What can the identification tag on the original frame (if still on the frame) tell us about our diner? What did it look like when it was removed from the field? These are questions that can only be answered by our restorer. While we were provided a brief verbal version of our diner’s history, the promised written and photographic record has not been delivered. We have a contract that states we purchased a “restored 1940 Silk City Diner”. However, despite our efforts to obtain verification, we have yet to receive it. 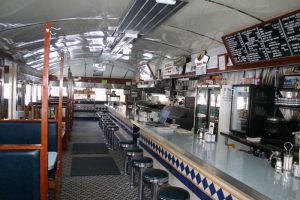 Obviously, in this situation, questions arise. Is our diner a restoration or a “splash” of a previous restoration? Is the Delta Diner a rebuild of an original … or a very nicely done copy? Does our story start with a rich previous history, or with deception? We hope to find out. Our plan was to extend an already written book of a classic diner with additional chapters. Unfortunately, our plan and the pedigree of our diner are both currently in limbo.

Whatever the story turns out to be (if we ever find out), the fact remains that the physical aspect of the Delta Diner is every bit as breathtaking as I’m sure the original Silk City’s were when they came off the line in Patterson, N.J. back in the 40’s. So, plan a visit to our little diner “in the middle of nowhere”. You will love the White River Valley, the people of Delta, and our diner experience. We would love to have you as part of our story, whatever the true beginning is!

Taste Budz:
Currently closed for the season. Reopening in June!