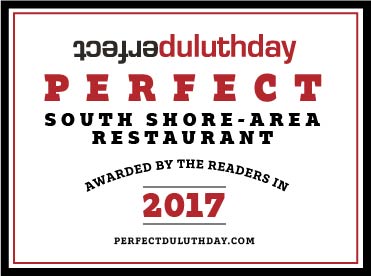 The Delta Diner, a one-of-a-kind eatery located 25 miles inland from Lake Superior in the midst of the Chequamegon-Nicolet National Forest, has captured the Perfect South Shore-area Restaurant title with 54 percent of the vote.

Since opening in 2003, the restored 1940’s diner has become a culinary destination. It’s not uncommon for people to drive for hours to eat there, traveling from as far as Madison, Milwaukee or the Twin Cities. And customers are willing to wait up to two hours for a meal during busy times.

With Delta Diner, owners Todd Bucher and his wife Nina have created a “vibe” that keeps people coming back. “Restaurants are a very personal thing,” he says. “What wins people over besides our food is the authentic diner experience.” 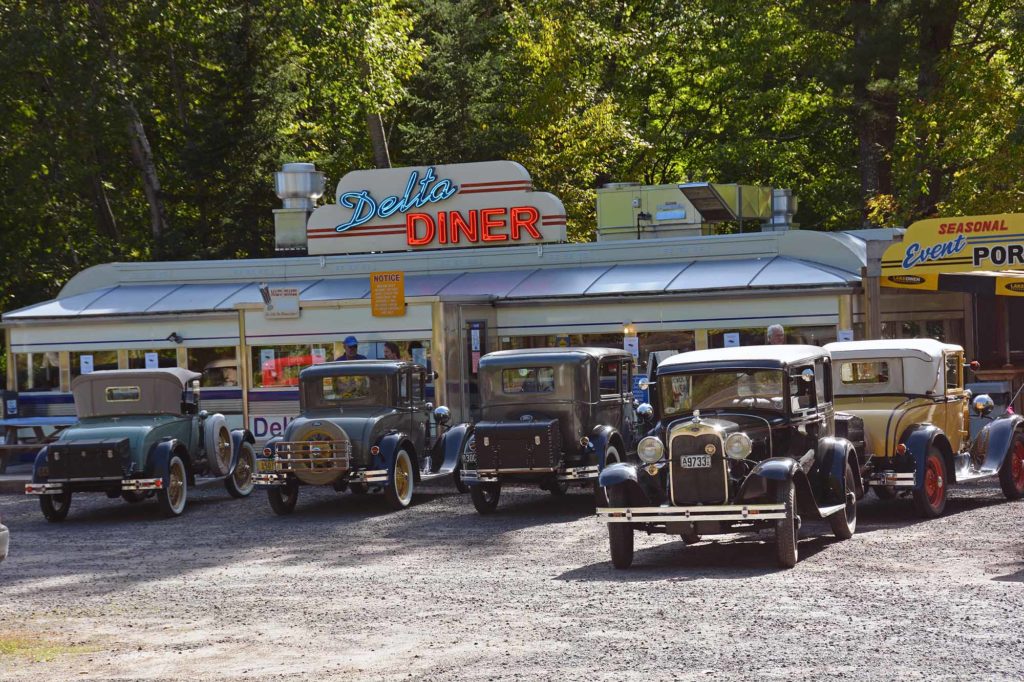 Bucher grew up in Wisconsin but spent a lot of time on the East Coast, where modular, train-car style diners were more common. He says the experience of eating in diners stuck with him. “It’s a group experience. You’re not isolated at a table, you feel everything that’s happening in the room,” he explains.

Though the eatery has the charming ambiance of a classic diner, the menu and business model depart from tradition.

Bucher calls the menu “blocking and tackling with a little bit of creativity.” He says the diner focuses on food from the bottom up, starting with a foundation of perfectly cooked over-easy eggs and hash browns, for instance. From there, components are added to complement the basics, often with an element of surprise.

Take the Norwegian pancakes. Delta Diner’s are loaded up with pickled jalapenos. And instead of a conventional berry topping, they’re sprinkled with powdered sugar and drizzled with lemon juice. 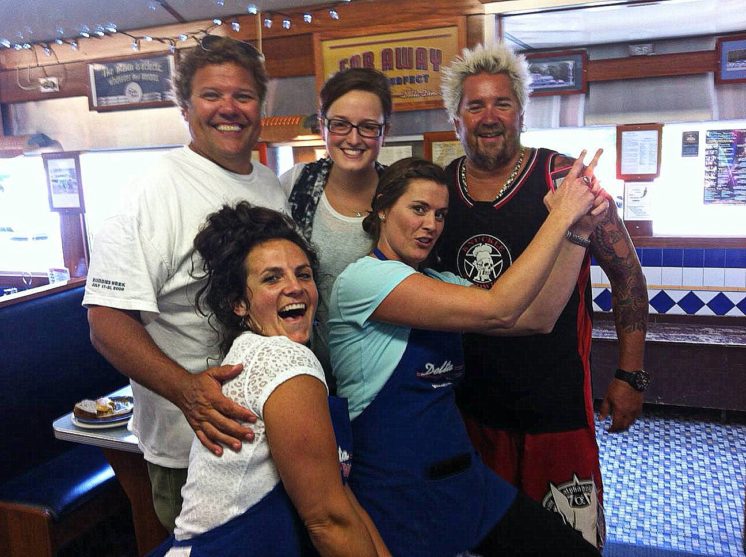 When Delta Diner was featured on Diners, Drive-ins and Dives, Guy Fieri called the Norwegian pancake a “crepe gone wild” and ranked it as one of his top three pancakes ever.

“You’re not going to be able to get a Norwegian pancake like that somewhere else. We do that with everything we do. We’re not rocket scientists, we’re cooks. But we’re dedicated to coming up with unique flavors,” says Bucher.

The Norwegian pancakes are a popular mainstay on the menu, as are the mascarpone blueberry stuffed French toast and Pedro’s Mex Benny, a spiced up version of eggs Benedict with chipotle chorizo sauce served over cornbread.

Additional menu items rotate daily. The omelet offerings change up to five times a day. Bucher says there are 15 different omelets, with up to five different variations each day, always with fresh fixings.

The menu typically includes breakfast dishes and specialty sandwiches, but Mondays are exclusively devoted to burgers. Hard rolls are baked in the morning and the patties consist of a 50/50 mix of steak and chuck that’s fresh ground. Friday nights feature a fish fry with locally-caught yellow perch and walleye.

The diner also has blue-plate specials — but not the classic variety where dishes are concocted based on excess ingredients. Delta Diner specials rotate and are based on fresh and available ingredients as well as what’s popular with customers.

“Everything on the menu is unique. If we can’t explain why it’s unique or different or better, it shouldn’t be on the menu,” Bucher says. 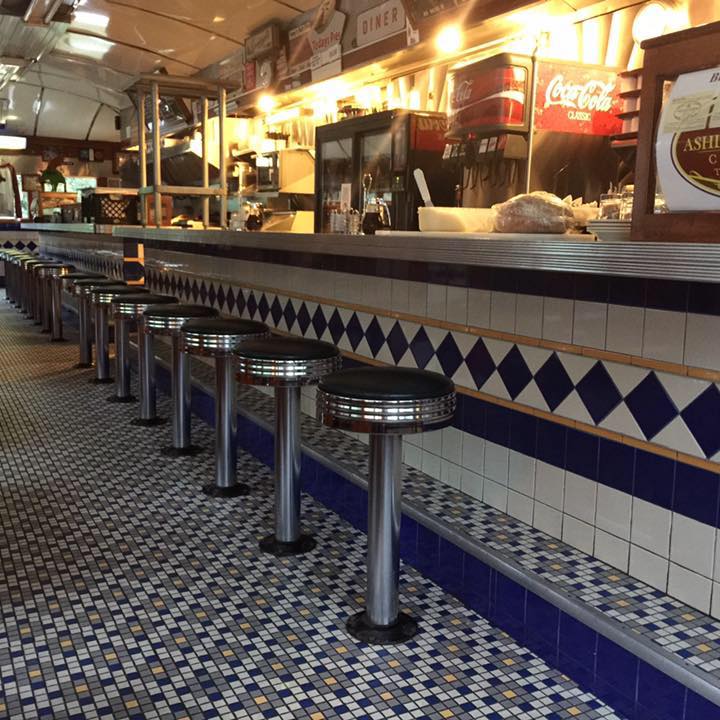 Another unusual aspect of the Delta Diner is its no tipping policy. Rather than having wait staff rely on tips, all workers receive an equitable wage. Adults start out at $15 an hour and students start at $10 an hour.

Diner prices were increased by 20 percent to aid this transition, which has garnered some criticism from customers. When the diner moved to the no-tipping model, Bucher says it initially doubled his costs. But the payoff has been cultivating a team environment and attracting dedicated, career-oriented workers who want to see help the business grow.

Bucher suggests newbies visit the deltadiner.com before making the trip to get more insight into how the business is run. He admits the diner experience they’ve created isn’t for everyone, but the majority of feedback is affirmative.

“We developed a location that adventurous, fun, positive folks travel to,” he says. “People are willing to wait in line and make the drive. We’re fortunate in that our plan of building a destination diner for people to come to seems to have worked.”