Hungry? Head for middle of nowhere

Delta — Todd Bucher said he has told the story so often his wife and employees roll their eyes when the telling starts again, but it was new to me so I was all ears.

It was about a vacation when he was a boy, traveling with his family through Pennsylvania, when he walked into his first authentic diner, so railroad-retro with its gleaming stainless steel and colorful tiles, its counter and stools and grill.

And he thought, wow, this was just right.

“I’ve loved these diners for a long time,” said Bucher, so much a diner buff from that day forward that when he was older and traveling for work he would seek out classic diners if they wouldn’t take him too far out of his way. 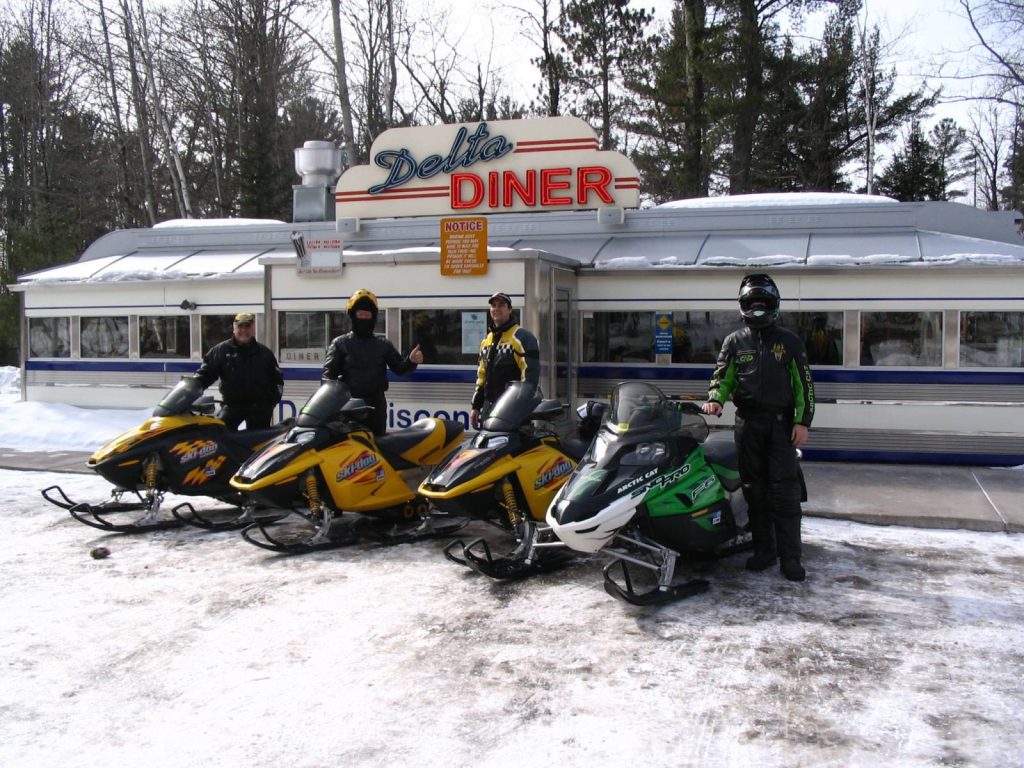 Then one took him out of his way, all right, took him out of his suit and put him in an apron. Which — long story short — is how Bucher, a onetime big city advertising and marketing guy, was the man at the grill last week, whipping up my breakfast of corned beef hash and eggs, sunny side up. The regulars would recognize that as #11 on the morning menu at Bucher’s Delta Diner, the wonderfully restored beauty that he had hauled smack dab to the middle of nowhere a year ago this month.

Which, of course, makes the Delta Diner the center of the middle of nowhere, just as Bucher intended when he plunked his diner on the site of the long gone but still lamented Delta Store, the onetime end- all and be-all in the lakes region here in Bayfield County.

“It was the center of the universe around here as far as services,” Bucher said. But then it burned down in 1972 and after that “there really wasn’t a gathering spot in the town of Delta. There was a void for over 30 years.”

What better to fill that void than an authentic, honest to goodness diner. Ron Saari, who runs a Web site for lovers of old diners, wrote that “The quintessential diner is a small, family- owned and operated establishment which serves no more than about 50 people at a time. Counter seating is an essential element and this configuration makes the diner more than just a place to eat; a diner is also a place for conversation, a community center in many ways.”

In the couple of hours I was there I believe Bucher knew the first name of about everyone who walked through the door. Except me, of course, but I bet he’ll know next time.

Diners, built to resemble railroad dining cars, had their heyday in the early part of the last century. By definition they were modular structures that could be easily moved to the owner’s site and almost always featured booths, a counter with stools, heavy use of stainless steel inside and out and porcelain tile. The Delta is a 1941 Silk City model built by the Patterson Vehicle Co. of Patterson, N.J., and in its beautifully restored state it is hard to imagine it was once a broken down old hulk in a field in the state of New York.

Bucher, now 42, was working for a big Chicago ad agency when he and his wife, Nina, moved to northern Wisconsin a few years ago in search of a more civilized lifestyle. They studied construction, built their own house and Todd Bucher did some marketing consulting, among other things, until the chance to put a diner on the site of the old Delta Store changed everything.

The diner was about 90% restored when it arrived by truck last Nov. 4, and 17 grueling days later they opened in time for deer season. “We literally almost killed ourselves,” Bucher said, “but we’ve recovered now.”

It seems counterintuitive that a diner could work in a place too small to warrant mention on the state highway map (Mason might be the nearest big city, which is the first time Mason and big have ever been used in a sentence) but Bucher had a theory about that. The lakes region around him is popular with tourists, often people in search of the real North Woods experience. If he provided a place popular with the locals, his first market, those tourists would make up his second market.

Beyond that, the population centers of Duluth and Superior, Hayward and Ashland were all within an hour and fifteen minutes of Delta.

“Delta is the perfect spot,” he said. “We’re in the middle of nowhere (but) we’re amongst everything.”

Beyond “the whole social dynamic thing of the diner” there is the food — breakfast all day, of course, but with ethnic specials and a Friday fish fry to raise the level of fare above “sloppy eggs on a plate — standard diner fare.”

But some diner tradition is important. Bucher wanted the grill to be just a few feet from the counter and exposed to the restaurant so the cook — most days it is Bucher himself — could chat with the customers.

And one thing he often tells them is to be patient, because there is no such thing as fast food at a diner. The first commandment of diner-dom, as posted on the wall, reads, “Do not eat at McDonald’s.”

“We wanted to do this the traditional way,” he said, “because that’s the character of this place.”