Out Of Nowhere, A Dining Oasis 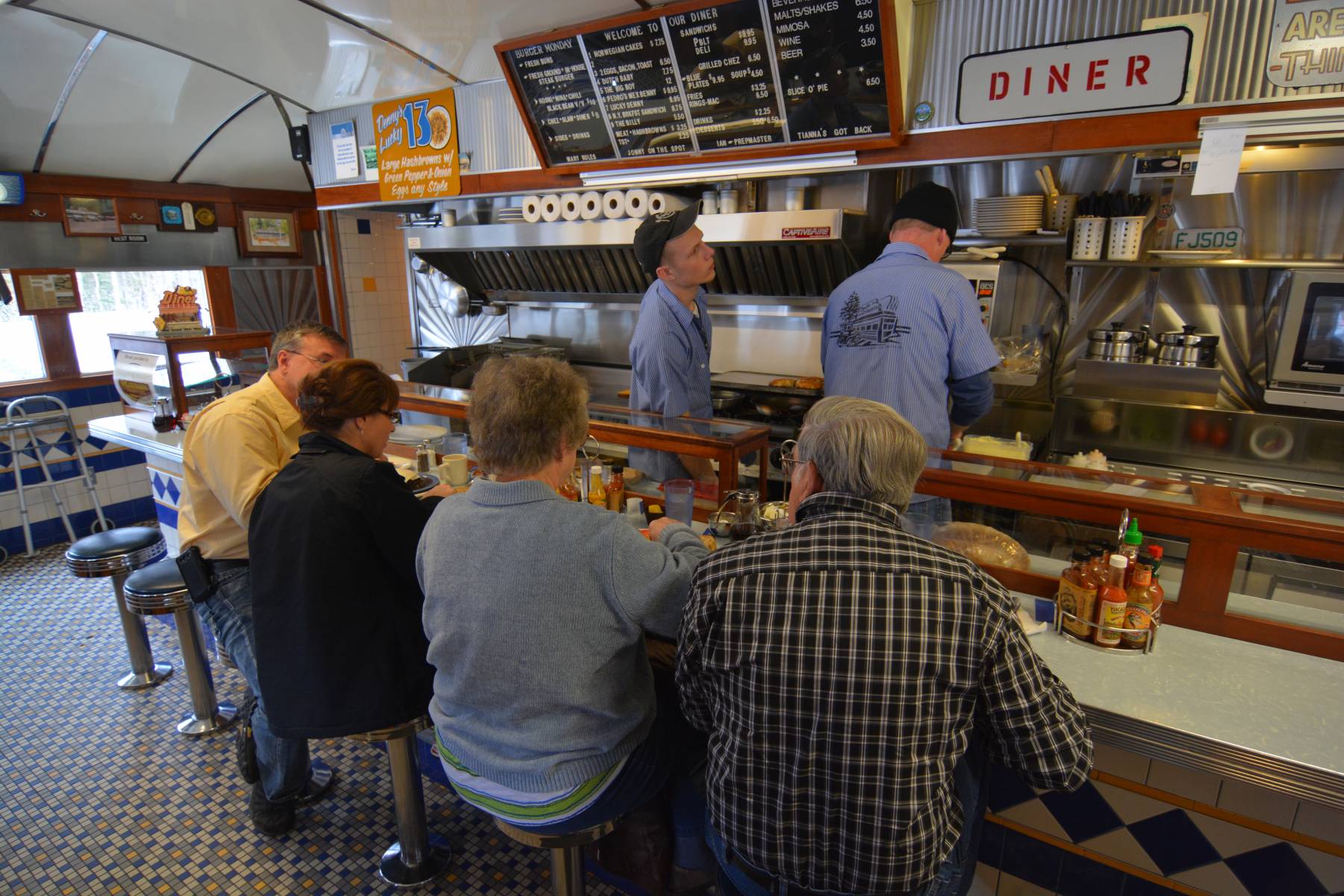 It looks like a train dining car jumped the track and was left behind in the middle of Chequamegon National Forest. The gleam of the sleek aluminum siding and the glow of neon seem a vision of the past as you pull into the gravel lot outside the Delta Diner.

Located in the town of Delta, along County Highway H between Ashland and Iron River, the diner rests among lush forestland and spring–fed lakes. The restaurant has only been open since November 2003, but already it is earning a reputation that draws regulars from up to two hours away.

The structure itself is an attraction, a rebuilt 1940s Silk City diner. It originally sat in upstate New York, then was moved to Cleveland for restoration before finally being taken to its new home in the North Woods.

Delta Diner had some shoes to fill — it settled into a site of local fame where the 1923 Delta Store used to be. That store had been the center of it all: a grocery store, bar, gas station, post office and whistle stop for the trains that rumbled past just across the road.

When the Delta Store burned to the ground in 1972, the tiny community was left without its social center.

Enter Delta Diner. Todd Bucher, who owns the diner with his wife, Nina, says he left the “career world” 10 years ago and settled in the Delta area. It took him nearly two years to get the diner project going.

Despite the diner’s fun atmosphere, the food does not take second billing. The menu is what one would expect: eggs and bacon, pancakes, burgers and fries, homemade soups, shakes and pies. But each item can also be had with a twist.

“We wanted to kick it up a little,” Bucher says.

Consider the Greek omelet with gyro meat, spinach, tomatoes, olives and the yogurt-based tziki sauce. Or try one with mushrooms, asparagus and a side of hot sauce.

“Nothing hits the grill until it’s ordered,” Bucher says.

James, the cook, is out front with patrons so they can see their food prepared. This time, spatula in hand, he calls across the counter: “Who wanted the extra crisp hash browns?”